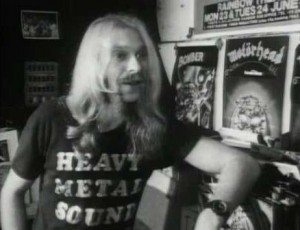 
It was after some midday drinking in Bethnal Green whilst watching the Iron Maiden & the NWOBHM documentary, that we decided to continue the party. On our way to Soho's The Crobar, can of gin in hand, we dreamed of what it would have been like to be around during the time when NWOBHM was in it's prime and the likes of disc jockey Neal Kay threw club nights like the Heavy Metal Soundhouse and brought some of the best bands in Britain to the masses.

We discussed how amazing it would be for someone to try and recreate the brilliant 'heavy metal discos' that Neal Kay used to bring to venues like The Bandwagon at Kingsbury Circle, London. Now a staple of British metal history, it was a complete Sanctuary (from the law) for dedicated music fans in London. We continued to grumble about the lack of underground heavy metal 'discos' in London today and then realised that there was no reason why we couldn't pull off such a stunt.

However, the quote that kept springing to mind was from one of The Bandwagon's most regular attendees, Rob Loonhouse.  "Women, you know, they don't really 'ave it in 'em... you find very few women down the front actually headbangin'.. they're quite content to sit at the back and sip their orange."  From this, we thought that we might start getting a few raised eyebrows from original Soundhousers...

After talking to many original attendees and searching high and low for photographs and videos, it turns out Mr Loonhouse may have been too busy plucking his wooden guitar to notice these "triple-decker headbangers" topped by Bev- an original Heavy Metal Soundhouser. Perhaps though, she was a rarity?

Intrigued, the journey continued. I (like many) wanted to know what it really was like being at The Bandwagon for Neal Kay's Heavy Metal Soundhouse, being only 28 years old - I could never have that first hand experience. So, what better way to really understand than by talking to none other than the man himself?

It's just after 1am on a Friday night and I'm knackered after a long week of teaching. Part of me is wondering whether or not I can stay awake for what I thought would be a short (but very lucky) chat with Mr Neal Kay. However, the second I heard the infamous, entertaining and powerful tones of Neal Kay's voice I was awoken instantly and thrown into the life of a legend. It's not just your average question/answer interview but instead Neal educates me on why his love for music escalated so rapidly and why he dedicated his life to bringing what he described as "dedicated maniacs" together as a family.

From a young age, Neal knew that he was destined to entertain in one way or another. It wasn't until a very young Neal received a reel to reel tape deck as a gift from his grandfather that he knew it would be associated with music. As Neal grew, so did his love and knowledge for music. He became heavily inspired by the real sounds of the 50s; the growth of "rock freedom" and in particular disc jockey and father of Rock 'n' Roll, Alan Freed.

In the late 60s, Neal's career as a DJ was beginning to boom. He worked in clubs around London and eventually traveled around West Berlin with his then dancer wife. It wasn't until the mid-70s that Neal had the opportunity to play 'rock' at The Bandwagon. Here, he began to develop his own Heavy Metal Soundhouse which gave birth to "The Soundhouse Nation". Ignited by passion; supported by a wealth of knowledge and a whopping great sound system of 9000 watts, the Soundhouse was set for a success.

As people traveled from around the UK to get to the Kingsbury Circle, Neal knew something huge was happening and so roped in Sounds Magazine journalist Geoff Barton to come along and take a look at the packed out venue. This publicity caused an even bigger eruption and what with heavy metal royalty such as members of Iron Maiden, Judas Priest, Rainbow and Ted Nugent (plus so many more) in attendance- who's surprised? The publicity grew and grew with coverage from a range of huge publications. Neal expressed though, how it was heartfelt editorials from music journalists like the esteemed Malcolm Dome that really made the difference.

Neal described the explosion of the Heavy Metal Soundhouse as an "unplanned natural progression" and went on to explain that he felt as if he'd been blessed by the gods. It was regular attendees that made the night what it was, with people like fan leader Ian Aidey attending each week dressed in full Angus Young get-up, alongside his girlfriend who got blood pumping as she too dressed in full schoolgirl gear. 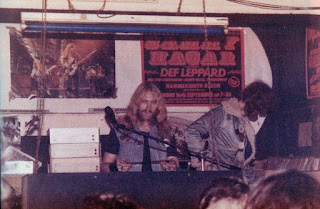 We have been trying to recreate this community feel at our own Heavy Metal Soundhouse, and so I was keen to know the trick to getting the party going. Neal explained the importance of starting off slow and low and once the hall was filling up, his instincts would tell him when it was time to turn up the volume, set the light show on the dance floor and blow people away. He'd do this with huge numbers like Meat Loaf's 'Bat Out Of Hell' or Rainbow's 'Kill the King'. This would cause a surge of people to the dance floor- power sliders, air guitarists, dancers and headbangers. It's no surprise then that Neal described entering the Soundhouse as "walking into heaven."

The Bandwagon Soundhouse has gone into history as a NWOBHM haven, but was is it mainly NWOBHM that Neal used to play? I'd heard that he used to dabble in playing AOR, classic rock and even blues, so I was keen to know if this was true. "You're absolutely right. Variety is the key and back then rock was rock." He clarified. "I played everything from Iron Maiden, Rainbow, Scorpions to Journey, Foreigner and Styx as well as a load of prog like Rush. I used to even throw a few jokey tracks into the mix as well, that would really get people's attention. It's good to throw a bit of humour in. I'd do the same when I was talking to the fans over the PA you know? I'd randomly shout things out like: 'oi your flies are undone!' to get their attention. Crowd participation too- all really important to make your audience feel like you're communicating with them on a 1:1 level." To end every night, Neal would send the Soundhousers off with none other than Lynyrd Skynrd classic 'Freebird' but I wondered if Neal remembered the first track he spun as a rock DJ. It was of course Peter Frampton's 'Do You Feel Like We Do?'

I wanted to know more about this crowd participation. It all felt very bizarre to me to have crowd participation at any metal gig. Neal, however, took this to a whole new level. There were air guitar competitions and even 'Headbanger of the Year' where fans would print t shirts, make props and plan synchronized routines to perform to their favourite song in front of an all-star panel which included band members from Iron Maiden's Steve Harris and more. Neal belly laughed as he recounted a time where a group of guys performed to Judas Priest's 'Exciter'. As the plastic 'frontman' sang the lyrics "fall to your knees and repent if you please!", he was met by none another than Judas Priest's Rob Halford looking at him, nose to nose. What an experience that must have been for these "dedicated maniacs!" It's no surprise that they wanted to return week after week. 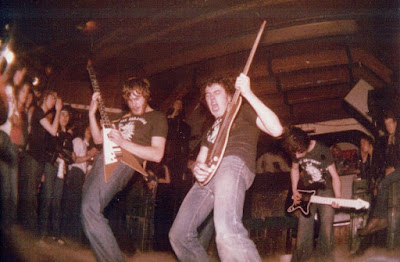 Of course, it was all very important to provide these music fans with the opportunity to let loose and enjoy the freedom of heavy metal and rock. However, what was really most important was the ability that Neal to gave to new, young, underground bands in the scene. The most classic example would of course be the emergence of the legendary Iron Maiden. Neal described to me the way in which he felt in 1978 when Steve Harris handed him the phenomenal 'Prowler' demo tape. He then interrupted our conversation to show me it in the flesh. A small, tape cassette with Steve's handwriting scribbled on the front. Pure gold. Soon after this, Neal Kay booked Iron Maiden to play at the Music Machine (now Camden Town's Koko) with Angelwitch and Samson. Really, the rest is beautiful history. Neal reminisced about playing the demo to the Soundhouse crowd for the very first time: "It was unbelievable. Everyone went mad and it then stayed in the Soundhouse charts for 3 months!" Neal had put Maiden on the map and on the road.


Kay continued to work with some huge names in rock. Sammy Hagar, Saxon, Praying Mantis and Motorhead to name but a few. He promoted shows, gigs and new releases and was one of the first touring DJs. Neal expressed to me that one of his fondest memories as a DJ was his set as DJ and MC at Castle Donington's Monsters of Rock. He looked out into the sea of people and although he didn't feel nervous he did feel humbled as it warmed his heart to see that in the front 10 rows or so, were his fans from the Bandwagon Soundhouse. Now that's dedication and loyalty.


Neal Kay knew just how to use music to bring people together. He didn't just run a heavy metal club night for the sake of doing so, or even for the profit (albeit not very much). He did so to create a community and a place where like-minded people could go to immerse themselves in music and the lifestyle that he valued so very much. He fed their interests, he ignited their passions and as a result gifted them with new bands to enjoy and most importantly memories that they'd never forget. He gave underground bands the opportunity to thrive and be noticed and if it wasn't for him, who knows if we'd even have the vast choice of brilliant NWOBHM that we do today. 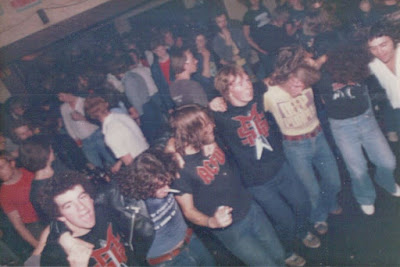 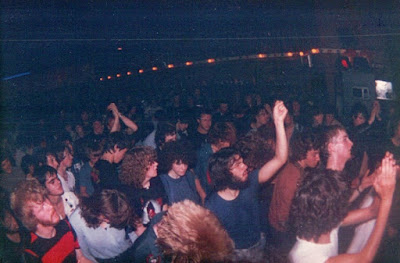 The term "born too late" has never been so relevant to me as it is after my conversations with Neal Kay. By the end, my cheeks hurt from smiling, my stomach full of excitement and alight with passion. Neal Kay was and still is a truly inspiring, exceedingly knowledgeable man with so many layers. A true asset to the music business.