There's only one thing to do when you see that underrated melodic rock gems Praying Mantis are playing for just £6 in a tiny boozer... 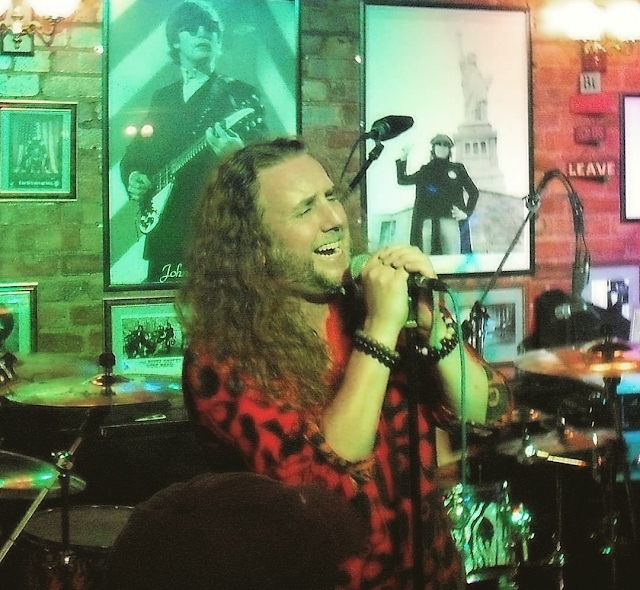 The weather is miserable and of course, as a result the trains are a mess. However, that hasn't stopped loyal Praying Mantis fans venturing down to Raynes Park to see the band play in a cozy pub before they head off to Japan.

Upon arrival, a jolly man in a bow tie is sadly turning fans away due to the show being a sold out success- it's no surprise, really. As I enter, it's heart warming to see such an incredible turn out as an audience of original fans cram and drink together on this Tuesday night. Squeezing our way to the front, Praying Mantis are already setting up and you can certainly see John 'Jaycee' Cuijpers' 60s style shirt from a mile off- it's as if he has purposefully dressed to match The Beatles themed memorabilia on the wall.

They open up with 'Fight For Your Honour' from their newest record which is met with applause and a sea of smiles. Spirits are high and the sound is pleasingly clear. As the set continues with some tracks like 'Dream On' and 'Rise Up Again'; Jaycee then informs us that they will be dishing out a good deal more of old school songs which is welcomed with a cheer from across the pub.

After a short interval, the band are back and their energy is strong.  They weren't lying when they said they'd be going back to the old school. They gift us with some of the very best in their catalogue including 'Cheated', 'Captured City', 'Lovers to the Grave', 'Time's Slipping Away', 'Running for Tomorrow' and 'Praying Mantis'. Jaycee's vocals are strong and he is quite clearly enjoying himself as he belts out the vocal melodies with ease. The rest of the band gel terrifically and despite the stage being quite small, it doesn't stop the rhythm section enjoying themselves as they squeeze in next to a rather glam zebra skin drum kit. Guitarist Tino Troy effortlessly plays and woos the right hand side of the stage; his recognisably rich guitar tone and skill is as pleasing as ever to hear. 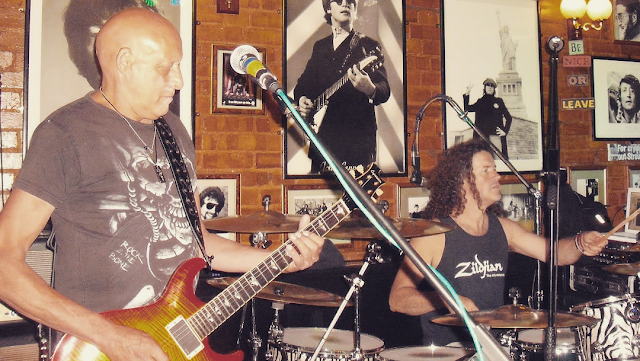 After almost 1.5 hours of playing- it seems Praying Mantis are not ready to stop. So, they treat us with an encore of the Iron Maiden classic 'Phantom of the Opera' which is executed brilliantly and gets people bouncing and singing- also evidently enjoyed by the band as seen in Tino Troy's wide-eyed beaming smile. It doesn't end there, though. A fan at the front starts singing the chorus from Maiden's 'Running Free' and as a result, Tino starts chugging away. This improvisation doesn't turn out as well as it could have musically but nonetheless, as the chorus comes around, the pub sing along in unison. Perhaps not the best choice for a final song but regardless, the family orientated atmosphere in The Cavern continues to buzz.

Praying Mantis really do still shine incredibly and it does make you wonder why on earth these chaps haven't had more success within their genre. It is terrific though, to see many familiar faces, once again never failing to execute their dedication to the scene. Tonight, Praying Mantis return the favour by delivering a fun, energetic and professional performance.