Ian Gillan - the voice that has helped to build some of the most significant rock albums ever. A man who, at the ripe age of 72, is still continuing to tour the world and give everything he’s got to perform the songs that assembled his career In Rock. 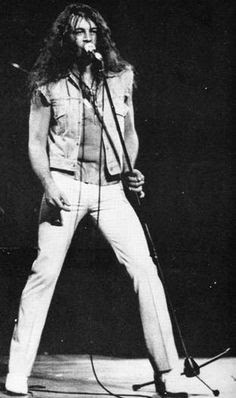 Gillan has found himself in and out of Deep Purple over the years where he also worked on his solo material, dabbled in other genres and collaborated with some of the biggest names in heavy rock in many different forms. This included even forming WhoCares, a super group brought together to raise money for Armenian charities. Eventually though, he found himself reunited with a new mark of Deep Purple with whom he still tours with today.

What with Ian growing up fanboying over Elvis Presley; being classmates with likes of Pete Townshend and playing in a range of bands including his first band Garth Rockett and the Moonshiners, it’s no surprise that London-born Gillan eventually found himself in Episode Six with none other than bassist, producer and all round genius, Roger Glover. After some time playing music quite far removed from the likes of Deep Purple, Ian and Roger decided to leave Episode Six to join Ritchie Blackmore, Jon Lord and Ian Paice. Here, they formed the classic Mark II line up of Deep Purple.

No matter who Gillan has stood with, he truly made his mark on each and every album. Here, are some of our favourite Gillan moments. 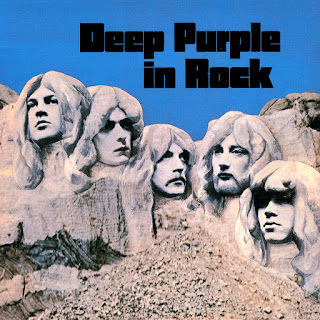 There are many pinnacle moments that leave a positive mark on your life and listening to In Rock for the very first time is certainly one of those. That moment I placed the needle and heard the opening distorted lead and the monstrous rumble of Paice's drums in opening track 'Speed King' will forever be embedded in my brain.

This milestone album provides you with a unique and dynamic playing style from all members and combined with Gillan's raw and cutting vocal it is clear to say that this record was far before its time. In Rock also holds the faultless track 'Child In Time' where Gillan executes some of his most powerful, well-known and emotive vocal performances, showcasing his powerfully poignant moans and screams which somehow work seamlessly with the sound of Jon Lord’s Hammond keys. 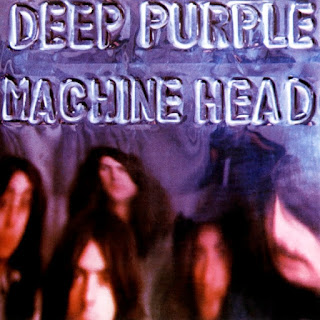 What with already releasing 2 indescribably good Mark II records, In Rock and Fireball, Deep Purple had a lot to live up to with Machine Head. Including some of their most publicly played tracks such as 'Highway Star' and 'Smoke on the Water' it's probably the album where I now often find myself skipping tracks. However, saying that, it holds the sound that just screams 'Deep Purple', which makes sense considering it's their most successful album.

Machine Head gifts us with the likes of 'Pictures of Home' and 'Maybe I'm a Leo' where Gillan explodes with power and feeling accompanied by some of the most catchy Blackmore riffs and melodies ever written. 'Lazy' alone makes this album what it is, with its instrumental build-up given to us by late genius Jon Lord. It's like a musical jam which the listener is a part of. One moment you're taking in the soulful melodies and next, you're up and moving around uncontrollably to the psychedelic rhythms and leads as well as the gut busting beats from Paice. A truly brilliant track made even better on live album Made In Japan. 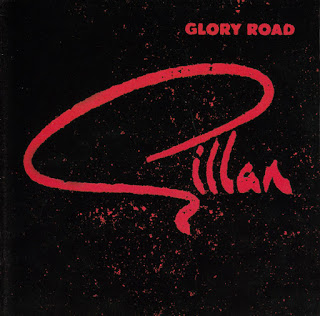 The third album from rock band Gillan but the first Gillan record that I was lucky enough to lay my hands on. An album which was released during the height of NWOBHM and that executes some serious heavy rock infused with groove and blues.

From the get-go, this album takes no time throwing you into a whirlwind of speed as it opens up with 'Unchain Your Brain'- even Gillan has commented on his love for this song and it's upbeat stomping rhythm would leave no toe left untapped. It was a genius idea to fade out the ongoing rapidity from Unchain Your Brain to create a build up for the seriously groovy bass line from John McCoy, on the track 'Are You Sure?' The heavy, plodding riff from Bernie Torme's guitar merges in perfectly with Gillan's spitting vocal and the psychy keys. This record continues much the same with a few surprise bluesy tracks such as 'Time and Time Again' as well as some more epic, atmospheric callings including 'On the Rocks'.  This is just 1 out of 6 of the Gillan albums- all of which should be in your record collection. They can now be bought encased in a new, re-mastered box set.


You can purchase Gillan: The Vinyl Collection here.

'FOR GILLAN FANS ONLY.' 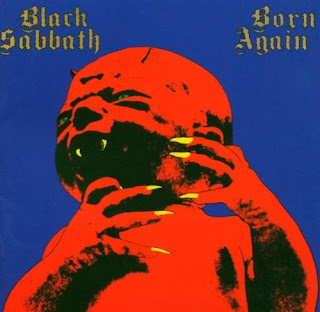 Born Again is a criminally underrated and overlooked album- god knows why, it’s only natural that the love child of Tony Iommi, Ian Gillan, Geezer Butler and Bill Ward would be nothing more than a work of art.


Gillan's vocal melodies, sharp squeals and screams are the perfect match for Iommi’s distorted, doomy and rough guitar tone. Songs like ‘Trashed’ and ‘Digital Bitch’ are rough and raw with other tracks on the album such as ‘Keep it Warm’ bringing a more smooth, melodic vibe to the album and earning the title of best track on this album. With somewhat questionable artwork and often a negative reputation, Born Again is an album which every Gillan and Sabbath fan should appreciate. A truly unique record. 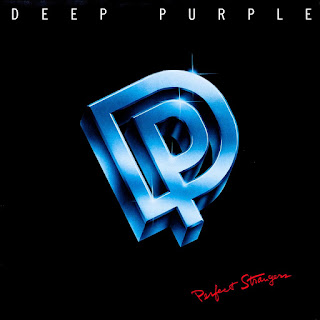 Perfect Strangers- with perfect being the operative word- the album Deep Purple fans waited for, for many a year. The classic Mark II line up of Deep Purple finally reunited to create this '80s triumph. It's the album that tells you to wake up and remember what Deep Purple is truly made of.

The increasing momentum of the incredible 'Knocking At Your Backdoor' creates a toe curling sense of excitement. Each time you hear it, it is just as exciting as the first time. It explodes into a mist of atmospheric 80s melody with added heaviness and a soulful vocal style from Gillan. Perfect Strangers continues down the same route with each member showcasing the playing style which they are most well-known for. There are a few regurgitated Blackmore riffs from his time working with Rainbow, but hey, that's nothing we're not already used to.

Tracks such as 'Nobody's Home', and 'Perfect Strangers' provide the perfect singalong, air guitar experience we all want from a Deep Purple album, but also brings us songs like 'Wasted Sunsets' where Gillan really polishes his pipes and once again tickles our emotions with a truly impassioned performance.

You can catch Ian Gillan on tour with Deep Purple this year.
Tour Dates Here