Motörhead to release covers compilation Under Cöver in September 2017. 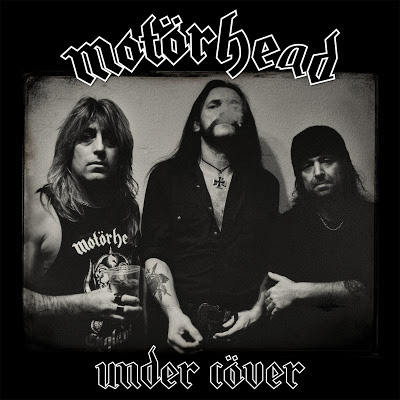 Lemmy Kilmister, Phil Campbell and Mikkey Dee are known for loving a cover or two and adding the Motörhead touch to songs written by their idols and favourite artists.


So, to celebrate, the band will release Under Cöver, a collection of some of their best covers which will include the previously unreleased version of David Bowie’s classic 'Heroes'.

“It’s such a great Bowie song, one of his best, and I could only see great things coming out of it from us, and so it proved to be,” says Phil Campbell “and Lemmy ended up loving our version.”


“He was very, very proud of it,” says Mikkey Dee, “not only because it turned out so well but because it was fun! Which is what projects like this should be – fun!”

The album also contains filthy, high energy takes on the likes of 'God Save The Queen' (Sex Pistols), 'Cat Scratch Fever' (Ted Nugent), 'Rockaway Beach' (The Ramones), 'Breaking The Law' (Judas Priest) and 'Whiplash' (Metallica) which earned the band a Grammy in 2005 for Best Metal Performance.

All songs performed by Motörhead