The final album of  Doom/NWOBHM veterans, Pagan Altar, due for imminent release. 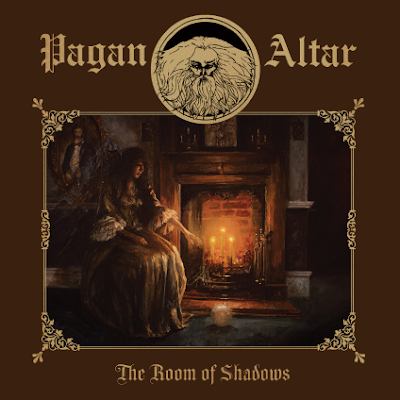 The 15th of May 2015 brought a great loss. The loss of a father; a husband; a friend and a frontman, amongst many other things. After battling with cancer for over a year, Terry Jones tragically passed away, sending shock waves through the underground heavy metal scene. Those who met Terry would unanimously agree that he was a true gentleman who exuded an old school swagger and style.

As a front man he embraced his role wholeheartedly whilst fronting the legendary band Pagan Altar. Taking to the stage in a long black cloak, he was mesmerising to watch and even more so to listen to. His vocal style was entirely unique, complementing the music that entwined it. Pagan Altar are what you call a 'gem' in the scene. A band that was shrouded in mystery for many years, and one that only gained the recognition it deserved long after they formed in the late '70s in South London. There simply is nothing out there like it, with their heavy rock and folk influences, themes such as mysticism, the occult, death and afterlife. The Pagan Altar style fits somewhere between the NWOBHM and early doom genres, and has gained a large following over the years, allowing them to perform in many countries for their fans.

Prior to Terry's passing, the band had been working on a full length follow-up to their 2006 album Mythical And Magical. The album, which was written 13 years prior, was to be called Never Quite Dead, with a release date expected in 2014. However, the album was not released at that time as Alan Jones (guitar) and Terry were not happy with the end result, and did not want to put out something that they were not one hundred percent sure about.

In the beginning of 2017, Alan decided to return to the album to complete what would be a homage to the late great Terry Jones. Joining him in the rehearsal rooms were former band members Diccon Harper (bass) and Andy Green (drums). The three had not played together for 8 years, but needless to say it worked, and so they went about re-recording rhythm guitars, bass and drums again for the whole album. The two elements from the previous recording sessions that they kept were Alan's solos and of course Terry's vocals.

The album, since re-named The Room Of Shadows, was mixed in Battery Studios, Willesden, London by Rohan Onraet and finally, mastered by Bart Gabriel (Skol Records, Gabriel management), now ready for release by Temple of Mystery Records on August 24th. Many will be waiting with bated breath to hear what is to be Pagan Altar's swansong; they are a much loved band amongst its fans. A treasure.

Much like previous Pagan Altar albums, The Room Of Shadows is immersed in a deathly theme which flows through from start to end. Bleak and macabre to the very core, the music fills the mind with tales of the afterlife and horror, whilst being delivered with an elegance and sophistication that only Pagan Altar can offer.

Opening with 'Rising Of The Dead', a stark, heavy riff strikes repeatedly as if a bell was ringing at midnight against a desolate backdrop. Thundering drums ride in, making way for the hauntingly beautiful voice of Terry Jones reciting lyrics against the complimentary guitar of Alan Jones and the beating rhythm section that is Harper and Green. It builds gradually at a slow and steady pace before picking up speed, allowing Terry's vocals to peak in a natural progression. Each and every solo that Alan Jones plays works seamlessly with the rest of the music and leaves you speechless.

There is no doubt that this is Pagan Altar material; it's in the structure, the style and the execution of each song. However, it's a Pagan Altar album with a much more fluid sound than prior albums, and this can be heard in direct comparison with 'The Portrait Of Dorian Gray'. Released originally as a split 7” single in 2011, the clarity and flow of the music as well as the balance of vocals to the instrumentation is of a much higher quality, not to take anything away from the brilliance of that early recording.

Victorian Gothic influence is particularly obvious in 'The Portrait Of Dorian Gray' and the later track 'The Ripper', in the grim, dark story lines; the first inspired by Oscar Wilde's infamous 1890 fictional novel of the same name, and the latter by the unidentified serial murderer around the same period, Jack The Ripper. Both stories leading to death, which is also a strong occurrence in Pagan Altar songs. Particularly 'Danse Macabre' and 'Dance Of The Vampires', which conjure up images of graveyards in the mist. Despite their dark themes, each song is brought to life by the combination of Alan and Terry's intricate vocal/guitar harmonies.

Subtle guitar and folky vibes in Terry's singing style open the title track 'The Room Of Shadows'. The stripped down acoustic guitar against the pounding bass drum reminiscent of songs of old, before building up allowing space for Alan Jones' exemplary solos to bounce off each verse.

'After Forever' closes the album with a powerful yet soft force. Especially for an album of this nature, where this is the conclusion to a much loved band's story, it's emotive for the creators and the listeners. We are left with the soft and soothing voice of Terry singing “I will be with you there After Forever”. 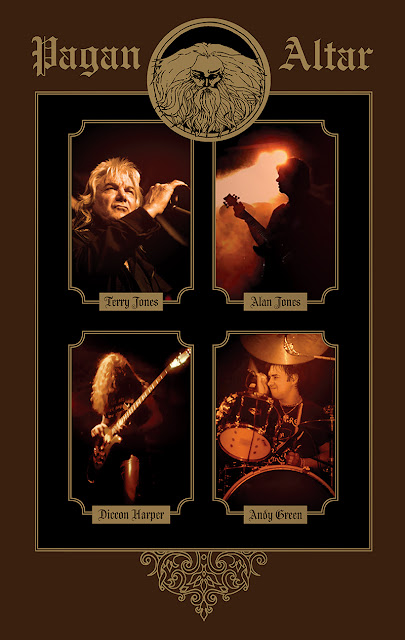 Pre-order The Room Of Shadows from Temple of Mystery Records