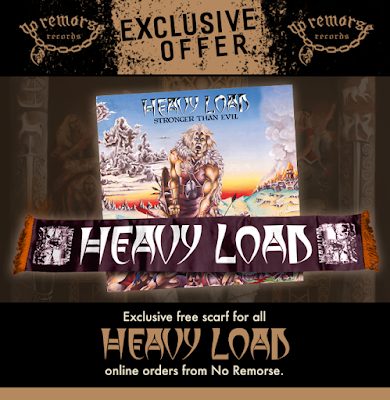 It's been a good year for Heavy Load news as we previously revealed in our interview with Eddy Malm and Styrbjörn Wahlquist back in August. First off, the news that there 'might' be some shows with the defunct band, and secondly that there will be re-releases of their albums. Fans of this classic Swedish heavy metal band had been waiting year after year and festival announcement after festival announcement for rumours to finally come true.  And this October they did; Heavy Load are to play re-union shows at the esteemed festivals Keep It True and Up The Hammers.

In our interview with Malm and Wahlquist, they revealed that the re-releases are going to be issued by No Remorse Records (in conjunction with the Wahlquist brother's label Thunderload Records).

Yesterday it was announced that Stronger Than Evil will be available for pre-order this morning from 09:00 British Time (11:00 Greek time) with the official release date set for January 26th.  Every order from No Remorse Records will be shipped with a free Heavy Load scarf, for that added old school touch.

Wahlquist told us, "Stronger Than Evil will come out with six bonus tracks, a gatefold cover and about fifty pictures that have never been published before. There will be a thick booklet with pictures and stories about the songs, and what we thought about them".

Versions of Stronger Than Evil available for pre order:

Pre-order now from No Remorse Records! 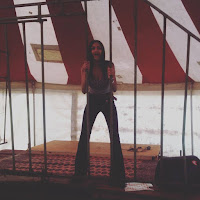