"This is album 22 and it's called 'Thunderbolt'. It's a Storming, Smashing, Thundering collection of tracks we've been crafting with Producer, Andy Sneap and it's finished ready to be unleashed.  Stand clear and fasten your seat belts!” - Biff Byford 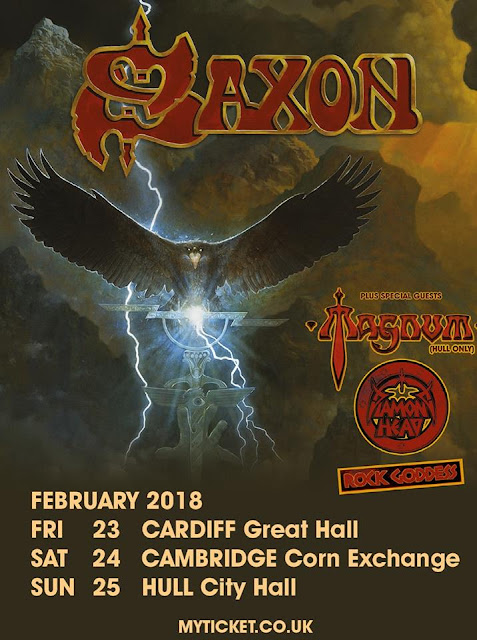 If there was a prize for the most hardworking recording/touring band in heavy metal, Saxon would be one of the nominees.  They've barely taken a breather after completing their last album and tour before starting something new!

Thunderbolt is due for release through the 'Militia Guard Label' on February 2nd, with pre-orders starting on December 1st.  In support of their latest offering, Saxon will commence the first leg of their 'Thunderbolt Tour' in February which will see them joined by fellow British Heavy Metal bands Diamond Head and Rock Goddess.  Rockers, Magnum, will join the tour for one date only in Hull (see below).

Available in the following formats: