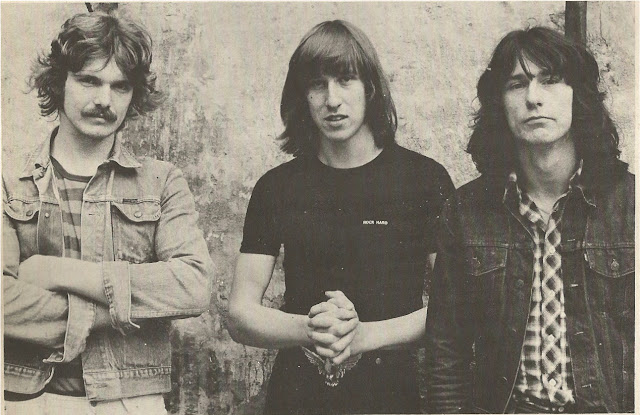 If you're bothering to read this, it's likely that you are familiar with - and maybe even a staunch admirer of - that era of rock music we now call the 'New Wave of British Heavy Metal'.  And assuming that this is the case, then you must surely know the work of Raven.

Alongside Iron Maiden, Def Leppard and Saxon, Raven is one of the few bands that emerged with, and yet also transcended, the NWOBHM movement. Many acts came to prominence during this time, but only a select few can claim to have an unbroken history like these Geordie stalwarts. The never-say-die spirit of brothers John and Mark Gallagher is simply unsurpassable.

Raven began in Newcastle during the mid seventies and solidified their line-up with Rob 'Wacko' Hunter on drums before signing to Neat Records in 1980. Stylistically their hallmark was (and is) a frenetic delivery of intense riff-driven rock music with urgent, high-pitched vocals. There is a type of mania and intensity in Raven that cannot be found elsewhere.

A spell on Atlantic Records in the mid eighties led briefly to a more commercial approach, but before long the Gallagher lads were back with new drummer Joe Hasselvander. They're still out there now, intimidating all and sundry to this very day.

1) Don't Need Your Money (Neat single, 1980)
Following years of graft on the pub and club circuit in north-eastern England, this was Raven's introduction to the wider public. And what an introduction it was. The sawn-off-shotgun energy of the tune coupled with the infectious acapella chorus meant that this single was instantly burned into the consciousness of all who encountered it.

2) Tyrant Of The Airways (Rock Until You Drop album, Neat, 1981)
A remarkably mature piece of work, given the youth of the characters involved. The song takes you on a journey that begins in brooding fashion then accelerates into the speedy Raven insanity that many of us have come to revere. Then all of a sudden it takes a tranquil, melodic detour before reaching a devastating climax... Said the actress to the bishop.

3) Read All About It (Wiped Out album, Neat, 1982)
Alright, let's have it. Thunderous drum opening, compelling guitar hook, eccentric lyrics - it's all here, delivered with the usual Gallagher panache.

4) Rock Hard (Crash Bang Wallop 12" EP, Neat, 1982)
Here's a superb example of Raven versatility. The snappy guitar introduction has something of a southern rock feel and - out of the blue - Mark Gallagher takes the microphone. Again, catchy as hell.

5) The Ballad Of Marshall Stack (b-side of Neat single, 1983)
This little gem deserved far more than simply being relegated to the flip side of 'Break The Chain'.

6) Take It Away (All For One, Neat, 1983)
There's almost a pop aesthetic here. 'All For One' was an impressive leap for Raven in terms of recording quality, and the songs appeared to be a lot more focused too.

7) Screamin' Down The House (The Pack Is Back, Atlantic, 1986)
From the much-maligned major label period of the band, this contagious offering cannot be denied. Unless you are deaf. But even then, possibly not.

8) Laying Down The Law (Nothing Exceeds Like Excess, Combat/MFN, 1988)
1987 was potentially a tricky year for the Gallagher lads, what with the departure of Rob 'Wacko' Hunter and the end of their tenure on Atlantic Records. With little hesitation, they enlisted ex-Pentagram drummer Rob Hasselvander and signed a new deal with Combat, then proceeded to record one of the finest albums of their career. It's hard to pick a favourite from such a uniformly strong record but let's go with this one.

9) Against The Grain (Walk Through Fire, King/SPV, 2009)
In 2001 Mark Gallagher sustained life-threatening injuries following a shocking accident. Almost four years passed before he was able to return to the stage, and during the initial run of shows performed from a wheelchair. When 'Walk Through Fire' finally appeared on Japanese label King in 2009 (followed by SPV elsewhere a year later) it was just the kind of affirmative statement one would expect from Raven. The album is one long declaration of hyperactive power from start to finish.

10) Malice In Geordieland (bonus track, Extermination,  SPV, 2015)
Gahn spare, like. As the title suggests, what we have here is the perfect melding of Heavy Metal music and the Geordie dialect. Which in many ways is an ideal situation.

Raven are about to grace British shores once again (full listings online at www.ravenlunatics.com) 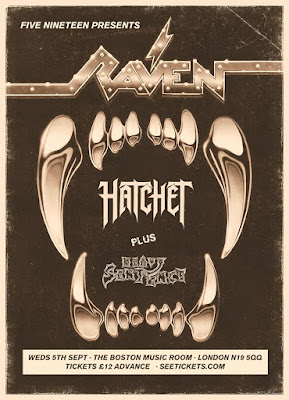